I love my coffee and have tried many kinds. I have found a delicious dark roast made by Canadian company Beaver Rock Roastery that is totally perfect! Beaver Rock Roastery has introduced the first fully recyclable single serve coffee cup! These cups are Keurig compatible. This coffee has a dark smooth flavour, not bitter and no undesirable aftertaste. I can’t wait to push the brew button every morning. I drink coffee throughout the day also, it is my preferred drink.

I have a Hamilton Beach FlexBrew coffee maker and this is the ideal coffeemaker for our house. My husband likes a milder coffee and uses the glass carafe, and I love a dark roast and use the single serve side for my very own fresh cup of coffee each and every time. I love this FlexBrew machine as when we have guests we can make a full pot and be ready to…

The twists and turns of this book will keep you guessing ’til the end!

I loved reading this novel. It was a fabulous combination of romance, mystery, and deception. This one definitely left me in suspense all throughout. I was rooting for Michael and Nicole’s romance, but as the characters unfolded, each chapter left me questioning who was being genuine and who was deceptive.

With each Chapter I couldn’t wait to find out what happened next. As Nicole faced her frustrations regarding the events that were occurring, I was curious as to how she would get to the bottom of everything.

I love novels that exude suspense and make you question the sincerity of the characters.
It was a thrilling and well-written story. I can’t wait to read more from this author!

Disclaimer:
I was provided with an e-copy of this book to review.
Opinions expressed are my own. 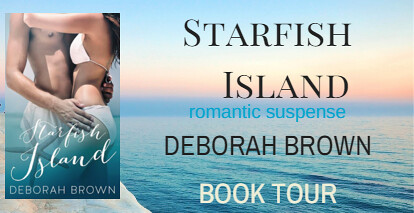 A MYSTERIOUS INHERITANCE. A HANDSOME STRANGER.

After a bad break-up, Nicole Alexander is ready for a change. When she inherits a house on Starfish Island from a grandmother she never knew, it seems like the perfect opportunity for starting over. But soon after moving in, Nicole receives a cryptic message warning her to leave immediately.

Determined to get to the bottom of the hauntings, Nicole starts an investigation. When things get hot and heavy with one of the island’s most charismatic residents, Michael Edwards, Nicole begins to suspect his amorous attention might be a cover for dark motives.

Will Nicole discover the reason for the island’s hostility before it’s too late? Can she fall for a man she doesn’t exactly trust?

Available to buy from…

I’ve been writing, in one way or another for as long as I can remember; writing poetry, short stories, a romance novel secretly stashed under the bed and sappy love letters. Fiction should be fun. I wanted to create the perfect beach book, to make the reader laugh, cry and cheer… and then run out and tell their friends about it.

My love of reading began when I was seven, the day I opened the cover of my first Mrs. Piggle Wiggle book. Mrs. P gave lessons to other children in how to behave and to me I learned to love the written word. I live with my family and demon children aka rescue cats in South Florida.

Find the author on the following sites…. 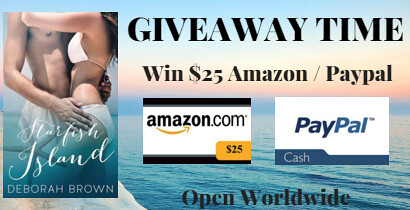 This is a riveting story!

Before I started reading it, I was a little unsure if it would be my type of book because I hadn’t read much of this genre.  I am pleased to share that it truly began nourishing my imagination from the very first Chapter. The characters and story-line immediately captured my focus and attention.  I simply could not put this book down.

Throughout the novel there were many twists that I hadn’t expected.  I became intrigued with the wolf pack hierarchy, their way of life and survival.  I was enthralled with the love story unfolding between Riley & Paige; theirs was an undeniable love.  I never knew if it would work out, and without revealing the end, I have to say this book kept me guessing with each page I turned.  I wondered if Trevor and Paige’s mom would interfere with their relationship.  I wondered if Riley’s dad would accept Paige’s presence in the town.  I wanted to hear more about how these two different worlds could possibly co-exist.  I kept wondering; “can their love survive all of these obstacles?”.

It was heart-warming that Riley & Paige had never forgotten about each other since their chance encounter in the woods when they were just kids.

Now I am left wondering if Riley can survive in her world?  I hope there is a sequel to this book; I want to hear more about their life after this novel.

Paige Donovan is an ambitious college graduate who aspires to reach the top of the corporate ladder. She’s climbing fast when given the promotion of a lifetime at a prestigious fashion magazine in New York City. Her bright future comes to an unexpected halt after news of her father’s death. She inherits his old cabin in the Colorado Rockies, and just when she thinks her luck couldn’t get any worse, she has a car accident in the mountains and awakens in the small, remote community of Black River.

Soon, she’s engulfed in the mystical world of Varulv—wolves descended from 13th century Scandinavia and blessed by Norse gods with the ability to appear human. Paige is desperate to return home, but never expects to fall for her rescuer, Riley Gray, a charming young werewolf from England who offers her an alternate future with his pack. Now, she must choose between the career she’s always wanted and the love she’s always dreamed.

“As far as paranormal stories go this makes it to the top of my lists. I loved how Alpha-males were involved.”

“I love the interaction between these two characters and how and where the author takes us.”

“The chemistry between Riley and Paige is blistering hot. I loved how this was a new take on werewolf’s and their lifestyle.”

April Bostic is a New Jersey-based, Adult Romance author who enjoys unleashing her creativity and letting her imagination run wild. Her love of romance books inspired her to become not just a reader, but also a writer. In December 2008, she self-published her first novel, a contemporary romance with a supernatural twist entitled A Rose to the Fallen.

Find the author on the following sites…

I received this book to review through http://beckvalleybooks.blogspot.co.uk/p/book-reviews-and-tours.html  Beck Valley Books Book Tours, all the opinions above are 100% my own.